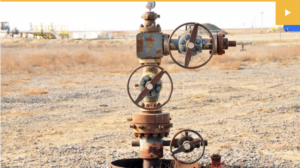 Scattered throughout the U.S. are millions of orphaned oil and gas wells. They’re a major source of methane emissions and can leak contaminants into the groundwater. But it’s hard to locate these wells, as many were drilled before modern mapping and recordkeeping technologies became widespread. It’s going to cost billions to clean them up, but for the first time, there’s major federal funding devoted to doing just that.

To view the CNBC view please click on the link