LOS ANGELES, CA / ACCESSWIRE / December 7, 2020, / US Nuclear (OTCQB: UCLE) is the prime contractor to build MIFTI’s fusion generators, which could be used in the relatively near future to power the propulsion systems for space travel and provide plentiful, low-cost, clean energy for the earth and other planetary bases once our astronauts get to their destination, be it the moon, Mars, Saturn or beyond. Chemical-powered rockets opened the door to space travel, but are still far too slow and heavy even to travel to distant planets within our solar system, let alone travel to other stars. Accordingly, NASA is now looking for nuclear-powered rockets that can propel a space vessel at speeds close to the speed of light and thermonuclear power plants on the moon and Mars, as these are the next steps towards space exploration and colonization. 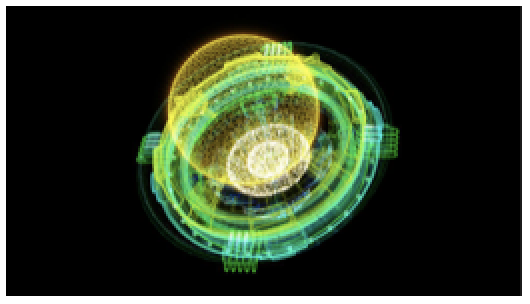 The US Energy Secretary, Dan Brouillette, recently said, “If we want to engage in outer space, or deep space as we call it, we have to rely upon nuclear fuels to get us there… that will allow us to get to Mars and back on ‘one tank of gas’.” This is made possible by the large energy density ratio which makes the fuel weight for chemical fuels ten million times higher than the fuel that powers the fusion drive. NASA is now relying on private companies to build spaceships: big companies like Boeing, but more and more on high-tech startups such as Elon Musk’s Space-X, Jeff Bezos’s Blue Origin, and Richard Branson’s Virgin Atlantic.

While nuclear fission has been considered as a basis for the next generation of rocket engines, the fuel used for fission is enriched uranium, which is scarce, costly, unstable, and hazardous. On the other hand, thermonuclear fusion uses a clean, low-cost isotope of hydrogen from ordinary seawater, and one gallon of this seawater extraction yields about the same amount of energy as 300 gallons of gasoline.

NASA is also currently seeking out industry partners to help establish nuclear fission power plants on the moon and Mars to produce large amounts of electrical energy, which will allow the creation of manned outposts in space. These fission power plants will be built and tested on Earth so that minimal assembly is required on the moon. Fusion power generators, once available, will be much more ideal for this application as they have a significantly smaller footprint and use a light, low-cost, and safe fuel that produces several times more energy with no highly radioactive fission byproducts.

Popular Mechanics recently published an article about a fusion-powered spaceship that is being developed that could travel to Saturn in just two years: https://www.popularmechanics.com/science/energy/a34437026/direct-fusion-drive-interstellar-travel-saturn-titan/.

Dr. Hafiz Rahman, MIFTI-MIFTEC President, and Chief Scientist commented that “There is no longer any question about fusion energy having far greater energy density than fission nuclear power. Fusion uses a very light, abundant, low-cost, and safe fuel while fission uses a very heavy fuel that is scarce, expensive, and hazardous.” MIFTI has already achieved “proof of concept” with their successful test regimen at the University of Nevada, Reno National Terawatt Facility where they generated a historic neutron flux of 1010 neutrons per pulse using their breakthrough fusion generator. All that remains now is to complete a relatively small finance round to finalize the design and produce the next iteration of their fusion generator. Within an estimated 2 years from the close of financing, the first working fusion generator will be produced and available to power our ships to light-speed and power the global electric power grid and beyond. Clean, low-cost fusion energy is clearly within sight for the first time in history.

US Nuclear is the strategic partner, prime contractor, and investor in MIFTI-MIFTEC, owning 10% of MIFTEC and exclusive manufacturing and sales rights for the medical isotope generators in North America and Asia, and smaller percentage ownership in MIFTI.