Fusion the energy of choice for NASA space travel plans.

Radiation detection manufacturer US Nuclear Corp. is getting behind the U.S. space program.

The Canoga Park company, through its partners Magneto Inertial Fusion Technologies Inc. and MIFTEC Laboratories Inc., is promoting the use of a new type of fusion energy that can be used to power spacecraft to Mars and for colonies on that planet as well as the moon.

US Nuclear owns a 10 percent stake in Magneto Inertial, in Tustin. MIFTEC Labs is a subsidiary of that company. 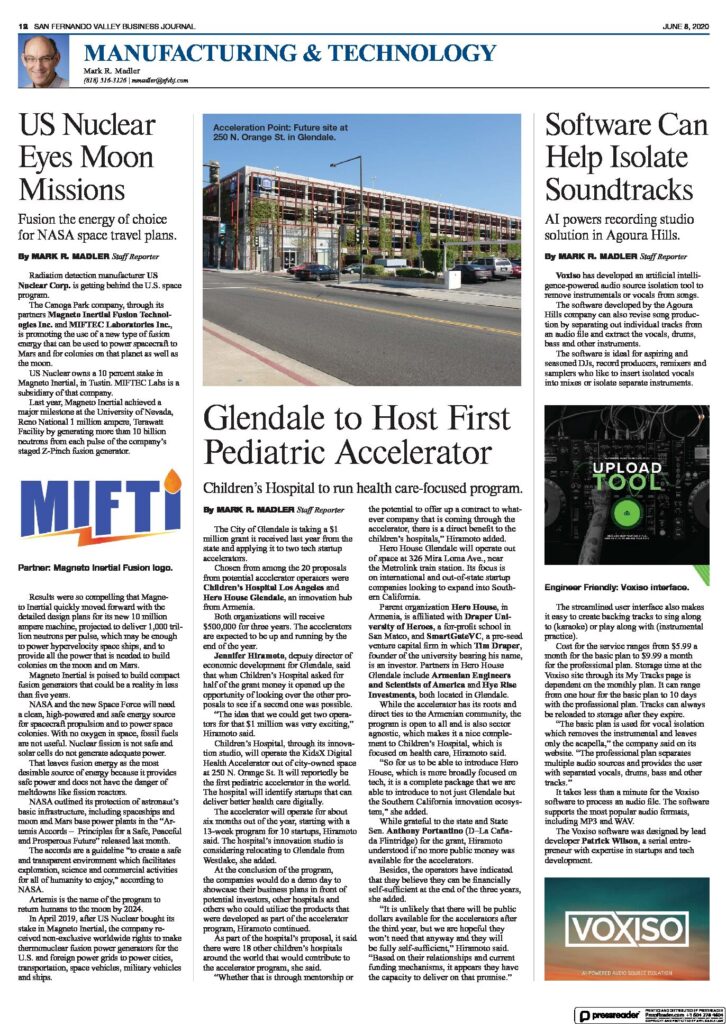