On the surface, the investment by US Nuclear Corp. in a San Diego company that makes components used in machine-brain interface devices might seem an unusual strategic decision.

After all, the Canoga Park company’s main business is manufacturing radiation detectors for use at nuclear power plants.

But Chief Executive Robert Goldstein doesn’t see it that way.
“We consider ourselves in the sensor business and electrodes that go in the brain are sensors,” Goldstein said.

US Nuclear is taking a 40 percent stake in Grapheton Inc., a startup founded by Sam Kassegne, the chief technology officer who is also an engineering professor at San Diego State University, and Bao Nguyen, the chief operating officer and vice president of operations, and a former student of Kassegne.

The San Fernando Valley company will pay about $2.5 million over a two-year period for the investment, Goldstein said.

“That is cash, stock and there are some in-kind services,” he added. “Some engineering time, some manufacturing time, some sales time that we will put in they will not have to pay for.” 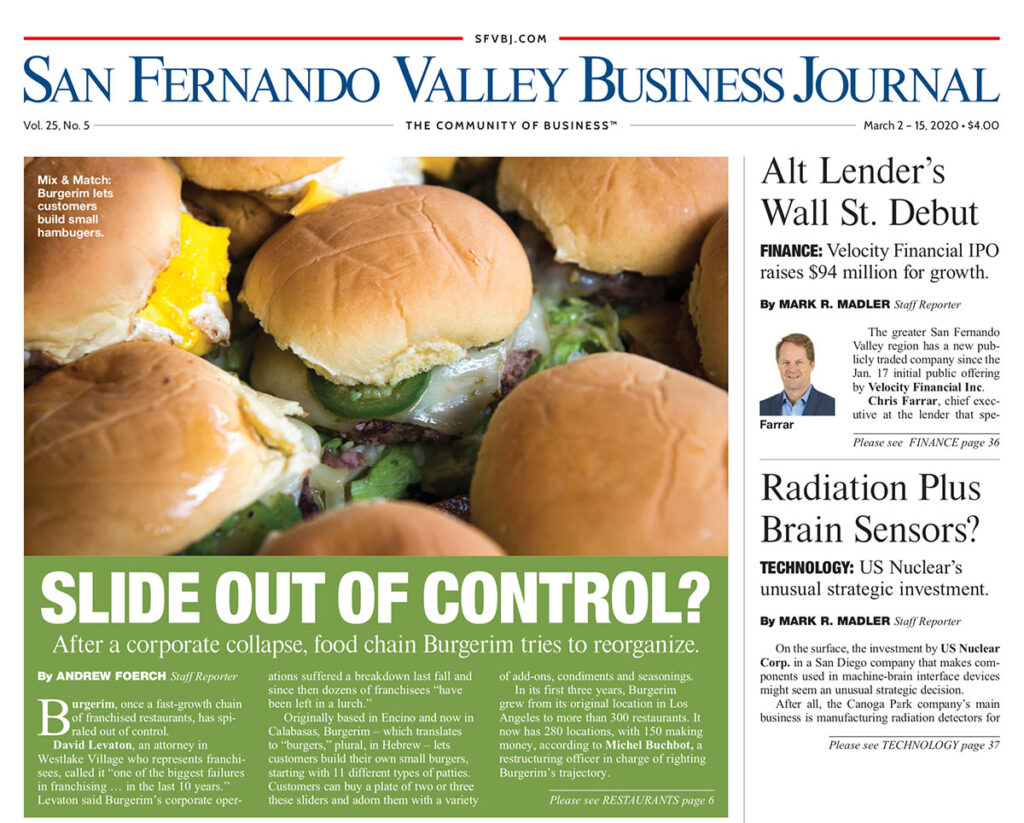 The investment will bring Grapheton out of the research and development phase as the company looks to commercialize its brain-machine interface products, Nguyen said.

The company needs capital and he and Kassegne had talked about either going for venture capital funding or looking beyond the San Diego and Southern California region to fundraise, he added.

“It is a good opportunity for us,” Nguyen continued. “We are looking to expand out of the R&D phase into an early production phase so that we can sell our products not to the consumer but to research facilities to develop the applications further and then go from there.”

A machine-brain, or brain-computer, the interface is direct communication between the brain and an external device. Grapheton creates the electrodes that are implanted in the brain to allow that communication.

It uses graphene, a carbon-based material that both Nguyen and Goldstein characterized as being superior to metal-based electrodes because it does not have oxidation, or rusting, issues when placed on the brain. The technology came out of research done at San Diego State under a National Science Foundation grant.

“Sam’s lab had the responsibility to come up with the electrode material and that is where the core of our technology came from,” Nguyen explained.

As a comparison to how he envisions the company progressing, Nguyen brought up YouTube and how the website went from all about content sharing and evolved into streaming services.

The company does have some revenue coming in but not a lot, Nguyen and Goldstein both said.

“Right now, we are doing more custom work and we want to get into being an (original manufacturer) for a big customer or to develop our own product line,” Nguyen added.

US Nuclear only took a 40 percent stake in Grapheton rather than 51 percent or the entire company because, Goldstein said, he wanted Kassenge and Nguyen to feel it is still theirs.

“The eventual expectation is they will be part of US Nuclear, but I do think they may get to a point where some big company wants to buy them for a large multiple, in which case we would have to decide on that,” Goldstein said. “If we are at 40 percent, we get to have a say in it.”

As part of its agreement with Grapheton, US Nuclear will provide systems engineering, manufacturing, and marketing support. It will assist in helping the company to develop a suite of machine-brain interface equipment.

Sales and marketing are not a strong suit for the team at Grapheton, Goldstein said.

“They are focused on new development and serving the customer, but they don’t want to waste their time on sales and business management,” he added. “That is something we can easily help them with.”

Nguyen sees the investment as opening opportunities beyond the brain-machine interface.

“We believe that graphene has a lot more applications and we are only barely breaking the surface of new applications,” he said.