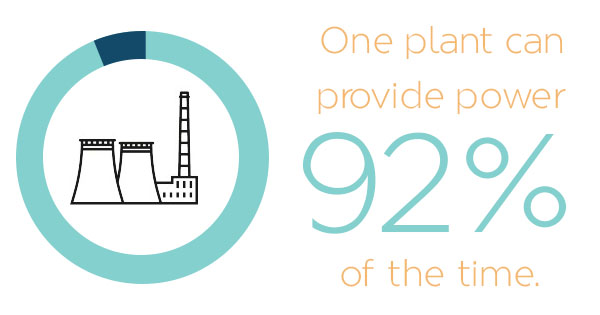 The fear of nuclear power is almost definitely hurting the environment much more than nuclear energy itself ever could.

A recent TED Talk by Michael Shellenberger, an environmental policy expert and co-founder of the Breakthrough Institute, highlighted some of the reasons why nuclear power is the next logical step in alternative energy sources — and why our fears of nuclear energy are often misplaced.

Some people think that the idea of nuclear energy investment means supporting a destructive, dangerous source of power that can harm our environment. In reality, nuclear power has the lowest carbon content of any fuel source studied by the United Nations Intergovernmental Panel on Climate Change. Its carbon content is even lower than that of solar power, the golden child of alternate energy.

It’s also far more consistent than other sources of energy, like wind or solar, which depend on Mother Nature to produce electricity. In contrast, nuclear power plant investment can lead to development of highly efficient sources of energy. One plant can provide power 92% of the time, and nuclear plants can operate 24/7 without being affected by adverse weather conditions.

But some people still won’t consider investing in publicly traded nuclear companies because they’re afraid of the waste or meltdown potential. But knowledgeable and experienced professionals like Bill Gates are currently developing new reactors that won’t melt down. In addition, investing in nuclear energy does not lead to a colossal amount of radioactive waste. Shellenberger stated that “if you take all the nuclear waste we’ve ever made in the United States, put it on a football field, stacked it up, it would only reach 20 feet high.” The waste that exists is subject to radiation detection and measurement.

More than anything, it’s our fear of nuclear power that has caused more harm to our planet. According to Shellenberger, our country prematurely retired nuclear power plants and replaced them with fossil fuels. These fossil fuels create an overwhelmingly negative impact on the environment, so much so that it essentially negates any clean energy we’ve gotten from solar power. And the World Health Organization found that it’s the fear of accidents that caused the most harm in those situations. The resulting panic is what led to the most damage — not the nuclear power or radiation.

Currently, nuclear power supplies more than 11% of the world’s electricity, but advocates like Shellenberger hope that this number will increase significantly in the near future. Although other sources of energy have their place, investing in publicly traded nuclear companies can lead to much cleaner and more powerful sources of energy.

If you’re interested in exploring investment opportunities in publicly traded nuclear companies, contact us today for more information. You can play an integral role in providing widespread access to efficient and safe nuclear energy.

To learn more about us visit our about or Facebook page.